A great and moving movie
This movie shows us a superstar who speaks for justice and fights for freedom. The music is beautiful in this movie and the history of Hong Kong is well combined with the way of stars. Standing with Hong Kong is standing with freedom, democracy and universal values.

becoming the song
As HOCC herself said, this documentary is not just about her, but about Hong Kong people and about the changes in Hong Kong over the past two decades.

The film started when she was preparing to take the stage in the dressing room in New York. She stood in front of the mirror and carefully drew her eyeliner. The cry of “Free HK” came from the door. At first, it was only a thin sound, and then gradually one after another. The quiet and calm in the dressing room and the cheers and chaotic shouts outside the venue create sharp binary and opposition. The cheers was not just for her concert, but more, it was for the on-going revolution in Hong Kong. The tone of the whole film is exactly the same as this opening scene —– the sense of opposition runs through the film ——the radiant star versus the protesters who are always on the street in the chaotic world; the exciting music on the stage versus the cruelty on the street; a woman’s life experience from the micro to the macro under the grand historical background; even the former sparkling queen to a common citizen with HK people. Under the calm surface flowed chaotic waves and streams. The film tells the “herstory” of HOCC while telling the “history” of Hong Kong since 1997.

One year after HOCC won the first place in the singing competition, her whole family moved back to HongKong. Hong Kong was returned to China in the same year. After playing HOCC’s competition video, the Chinese and British flags that rose and fell at the ceremony was followed. Also videos of British ships leaving the port. But immediately after the return ceremony, it was HOCC’s chorus of “woman annoyance” at Anita’s birthday party. At that time, she was in parallel with the changes in the great political and historical era. She was just a little girl who wanted to realize her dream, secretly rejoicing because of the recognition she has just earned from her idol. You can even see the flattered tenderness in the corners of the eyes. At that time, what happened outside had nothing to do with her. She only sang her songs. She was the little diva who sang the Yanguangshshe, the Illuminati, and RoseMary on the stage of her first big show, with Anita’s style of dressing and legacy. Slender, she stood on such a high lifting platform, so shining, so lonely. Perhaps this is why she said she has never really “merged into” Hong Kong. She and the society were not able to understand each other at that time, and naturally did not empathize with each other.

For the first time, her songs were used in scenes not depicting her personal life, but rather, the fate of Hong Kong. After the umbrella movement failed, a large forklift drove to pick up scattered papers, umbrellas, tents, and water bottles on the street. The melody of “Dear Black” hovered sadly over the city, so compatible with the scenery of the city at that time, but it was also singing about the abrupt end of HOCC’s career as a singer. For the first time, she has changed from a singer to an ordinary citizen, and for the first time from an ordinary person to a “big” person. All the newspapers, big or small, official or unofficial, left or right, were writing about her. Not her songs. Not her achievements. But the end of her career because of the hit of the great era.

In the subsequent picture, she walked through the streets, alleys and bridges on a normal morning, passing down the street, and then went home. Finally, she fully integrated into the city, and became a member, or even a representative, of the city. No matter if she has adapted or not adapted to the life here, her destiny is connected with the destiny of this small island. They can no longer be divided.

Since then, she is no longer a small part of the big era.But rather, she stood up, becoming taller and stronger, and making changes. Her career was almost gone, but she stood at a higher point, making a stronger voice for the people and places she loved. At that moment, tens of thousands of people on the street were her, and she was also those tens of thousands of people. In the documentary, her own story and the story of the city were finally combined together, and the binary was finally gone. She sings what is happening in the city. The city’s news is her songs.

She once said that if there was no tear gas in 2014, she wondered if her life would be completely different from what she is now. I am also thinking —– if she doesn’t go this way, she may still be in concerts and dramas in mainland China, and may appear in some reality shows —–her personality is really suitable for them, maybe she would make some of the most popular shows even funnier. She might still be on Weibo, relentlessly reposting cats and food and advertises. She may finally become one of the other ordinary stars, perfect like a god, having a lot of “labels,” but seems so unreal, unrelatable, and distant. But I know she won’t. If she also sings on the stage of the Spring Festival Gala, she is not Ho wan see. From the moment she was born, “Ho wan see” was destined to become a taboo.

For me, the most moving part of the whole film is probably when Jelly commented on HOCC with tears in her eyes. In the first show of Memento, she saw that HOCC rose gradually from the lifting platform to the top of the stadium, and suddenly felt she was so lonely —–Jelly, as an assistant, can do anything for her, but when she really has to go on to her own battlefield, she can only fight by herself. In the struggle of the Great Era, she and the tens of thousands of Hong Kong people stood side by side. She was always surrounded by people, and it seemed that there was no longer such a lonely time. This was not the battle of HOCC alone. But she was still as lonely as the moment when she stood at the top of the stadium. She was destined to be the black sheep: when the bigger environment made everyone give up hope and begin to self-paralyze and normalize all the abnormalities, she ultimately stood out, using her voice to compete with the upside down world. 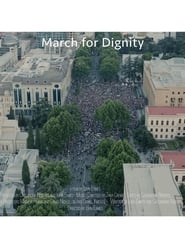